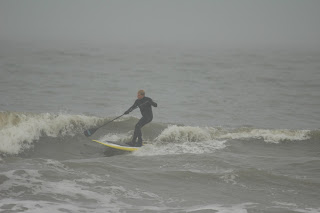 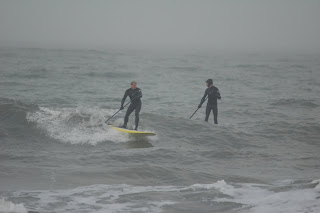 Jamie on a fast bottom turn on the 10 JL 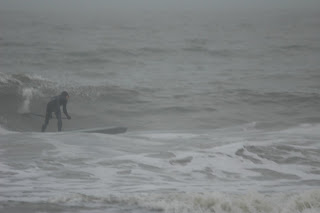 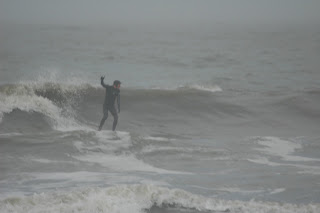 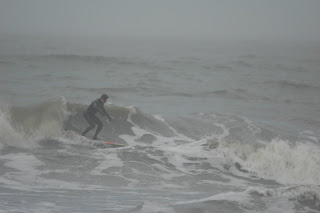 Jamie on along drawn out turn.. 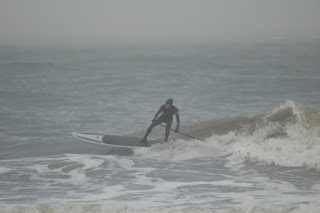 One of Jamie's long lefts reforming on the inside.. 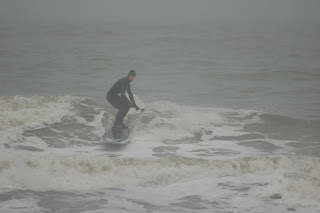 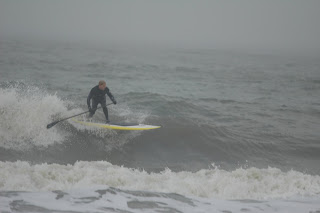 Today the waves were super fun and I was lucky to Paddle Surf in three different locations. My first session was at Burke's Beach for two hours. Paddled with Jamie who was on fire today. He caught some of the better waves on his 10' JL SUP. He has one long left that he must of rode for 60-70 yards to the Folly.. Tim Neil was on the beach and took some pics but yet to see them. I has snagged several great waves early before any one was out at 7 am . Chris, Scott,Frankie, Eric S. and Jamie stroked out to get their session on.. Then I had some frustration mid session in the warble' 2 ft chop in the chest high waves.. I seemed to have a lack of wave choice and balance early in the foggy misty waves.. Pics above...
I decided to get out and check Palmetto Dunes area for a better breaking wave. The winds went calm and was greeted with waist high perfection. A friend; Chip a ''Sit on top Surfer'' from' Fishtales Charters' at Palmetto Dunes snapped these pics of me at the Beach House in PD. Fun little session to cleanse my soul after my humbling /tough session earlier. After an hour or so Paddle Surfing in PD, John Tolly left a message saying ''Its firing at the Folly Field, meet me..'' ..I headed over there to surf with another great friend too. I paddled out and we shared a several steep outgoing tide waves. On one of my lefts, I was able to get a little backside cover up on the SUP. John was slotted several times on his fish having a good ole' time..
I'm fortunate to have great people in my life to share the same passion as I do. The best holiday gift to receive.. Mahalo to all of you..
''''''''''''''''''''''''''''''''''''''''''''''''
Palmetto Dunes SUP session on this mid morning Monday on Dec 15th.. Glassy and fun thru the high tide.. 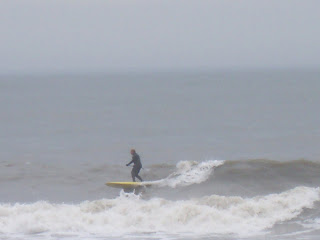 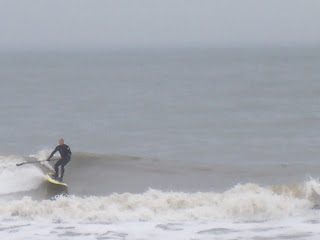 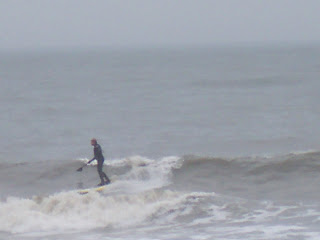 Chip took these shots from the sun deck up by the pavilion. 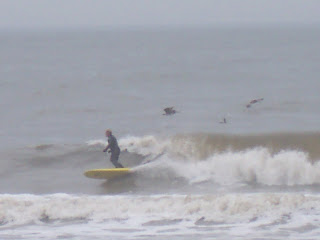 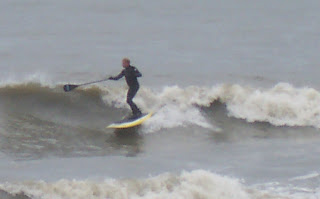