We had some fun waist high waves this afternoon. Jesse and I were on the Stand Up's while my friends; Cooper, Scott, Chris, Michael, Rusty, John T, Ricky and Dane surfed the fun clean faced waves. The semi calm 2-4 ft conditions with a light onshore wind graced our beach allowing us to take advantage warm weather and from having no surf the past two weeks. As the afternoon set in and darkness crept upon us, so did a marine layer of fog glassing off the surf just before dark.. I paddled for about 3 hours with a short break between as a huge storm cloud blew thru chopping up the surf for a bit. Jesse was out catching his usual long lefts to the folly on his SUP and the boys picking off wave after wave.. Great afternoon sharing waves with an awesome group of friends.. Here are a few pics Tim Neil ( Beach Break Grill) shot as the fog rolled in. http://www.tneil.smugmug.com/ Mahalo Tim
........................
Eerie colors of the sunset with fog on the move. 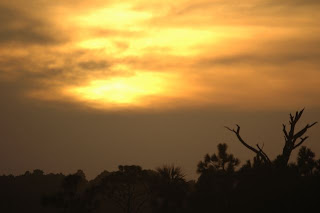 Sequence of a 30-40 yard right to a floater section. 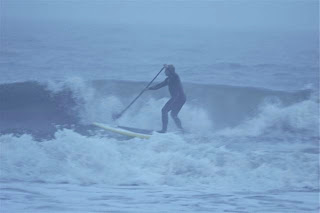 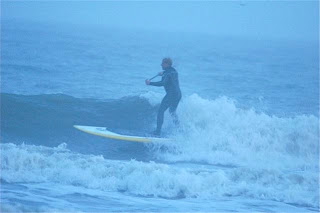 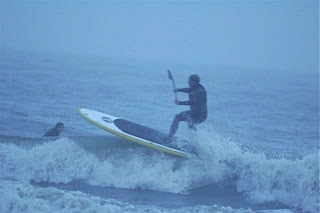 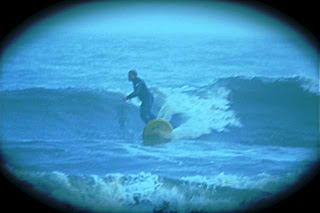