Jesse, Scott and I surfed South Forest Beach. Entered the water at low tide with still stomach high waves 3-4 hours later the tide filled in and so did the size of the surf. The winds increased and open ocean water flooded our beaches. We had fun drops and great lefts and short punchy rights. No shots but I tool a few before we went in and as I left the beach. Took a shoot of Jesse on a body board drop knee on an inside wave. I scored a lot of waves on the Sub Vector and was getting better waves today than yesterday. Great to be out with friends sharing waves.
Low tide at waist high , we're in 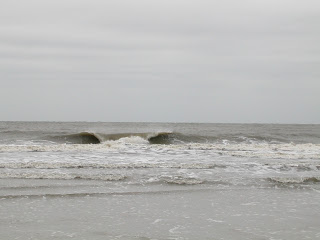 Same spot with a filled in high tide and stormy looking. 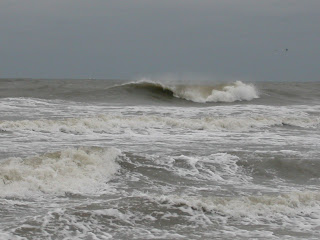 Still looks fun but choppy-windy out there 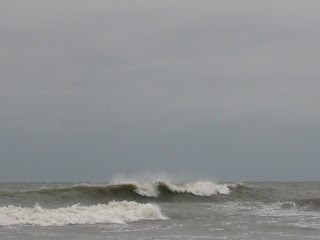 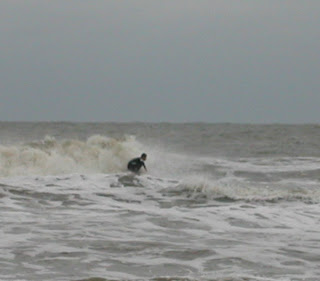