Hobart "Hobie " Alter, born October 31, 1933, was a surfer, sailor and inventor. He was the man behind the development of the Modern foam-and-fiberglass surfboard, creator of the
Hobie Cat, and founder of the Hobie company. The company that he founded remains one of the top-selling surfboard brands of all time. Hobie was also the creator of the Hobie 33 ultralight-displacement sailboat and a mass-produced radio-controlled glider, the Hobie Hawk. An  Innovator  revolutionized two sporting inventions that brought masses to the water – allowing more people to surf and glide along the ocean’s surface on small-scale sailboats.  Passes away this past weekend.   Rest in Peace.

Here are a few links and vids of Hobie.. Next time your out surfing or sailing have a moment of  silence  for Hobie allowing you glide along the water..  MAHALO 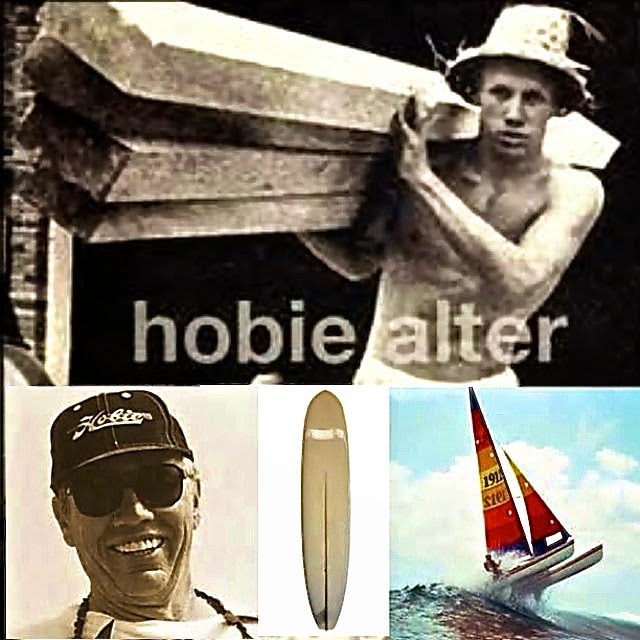