Felt great to get a few clean waves this morning. its been a while and long time since I've been in the surf. Fun little thigh waist high waves with some light offshore winds. The new Starboard 9-0 Pro rode great. Responsive board thats  agile and responsive allowing me to get into the wave early. I'm really looking forward to getting in some surf with size and power. 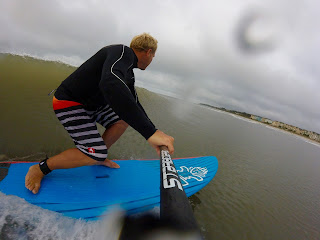 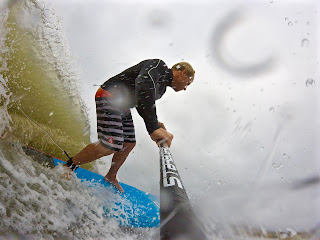 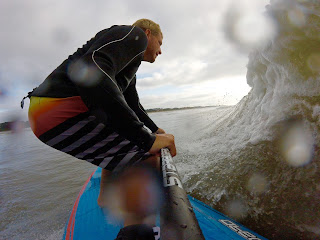 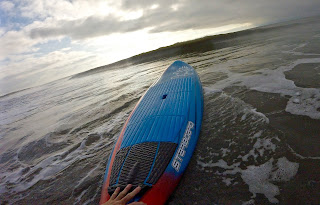 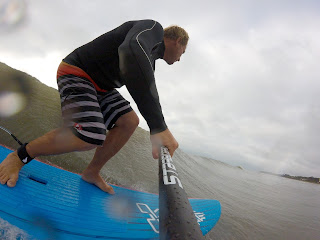 Interview with Starboard's Connor Baxter on SUP paddle length and stroke technique at the 2017 Starboard distributor meeting on Maui. I asked Connor about his new 2017 paddle design that I can't show yet. I can show the parts where he talked about paddle length:His paddles are much shorter than when he first started competingAnd stroke technique, he breaks down his unique stroke technique which focuses on using the bigger muscles in the core and legs and less upper body strength for endurance racing. He also talks about loading up and releasing the paddleboard by "porpoising" while sprinting. He also talks about choking down on the paddle and leverage.Clearly he is doing something right since he is winning a lot of SUP races using this technique.

Thanks to Blue Planet Surf for the interview.