STARBOARD'S 12'-2 x 30 FreeRide Electric Blue
12-2 x 30 x 5.6  at 238 liters & weighs 27 lbs
The Freeride is a hybrid concept, taking some of our race board development and applying it to an allrounder shape. It is designed to fit in the all-round (surf class) race category. Initially it appears like an all-round cruising board, but as soon as you start paddling it, you unleash the racing DNA. The board is extremely versatile and user friendly, a thrill on a downwind run or friendly race, but also ideal for cruising your favorite area with minimum effort. The wide nose section makes it extra stable. The nose rocker has been traded for a chamfered double concave nose, offering amazing water deflection. Now the icing on the cake: the Electric Blue version has become an amazing windsurfer, offering an unmatched experience.
“Double-concave V at nose, merging to single concave mid- to-tail sections”
Also available in the 32'' wide model. 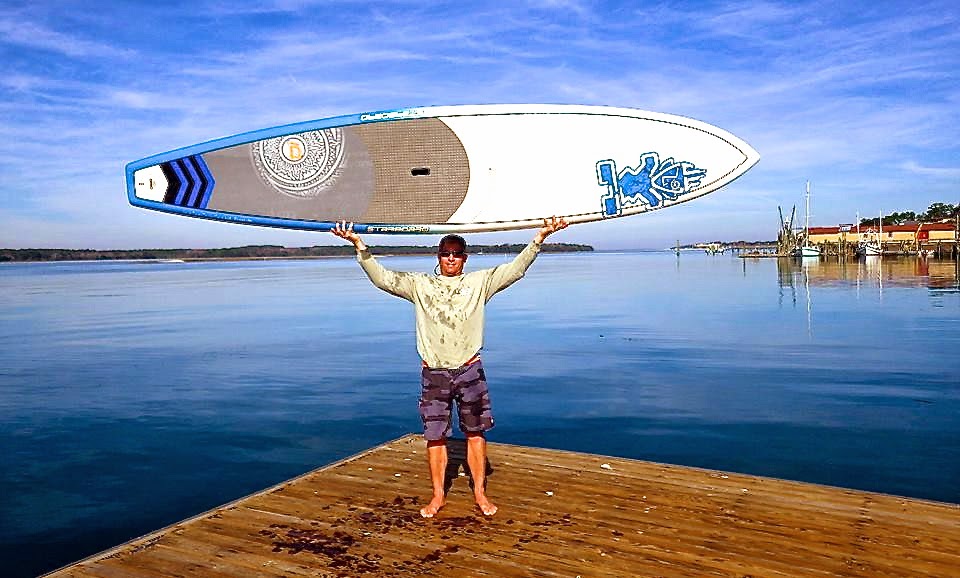 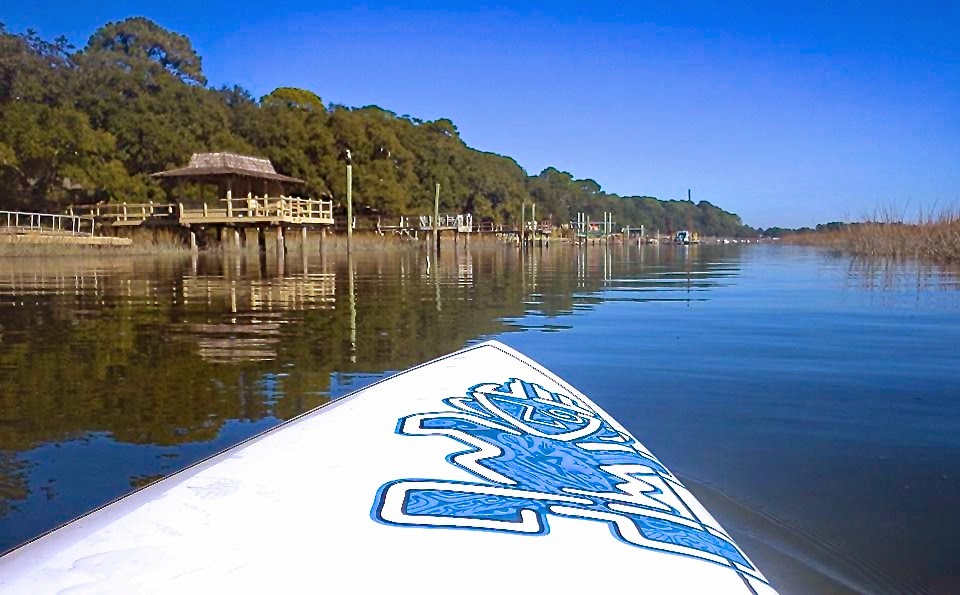 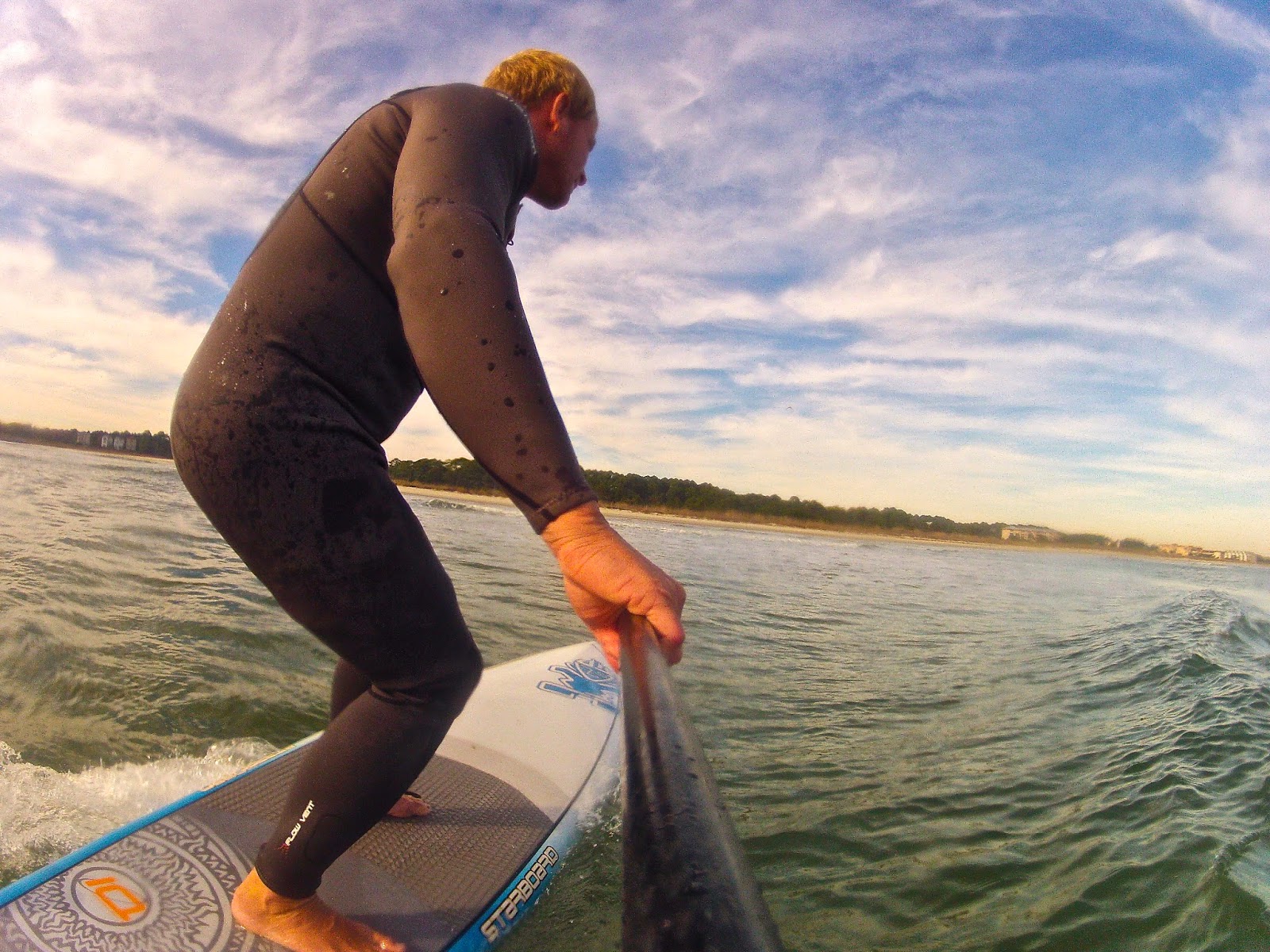 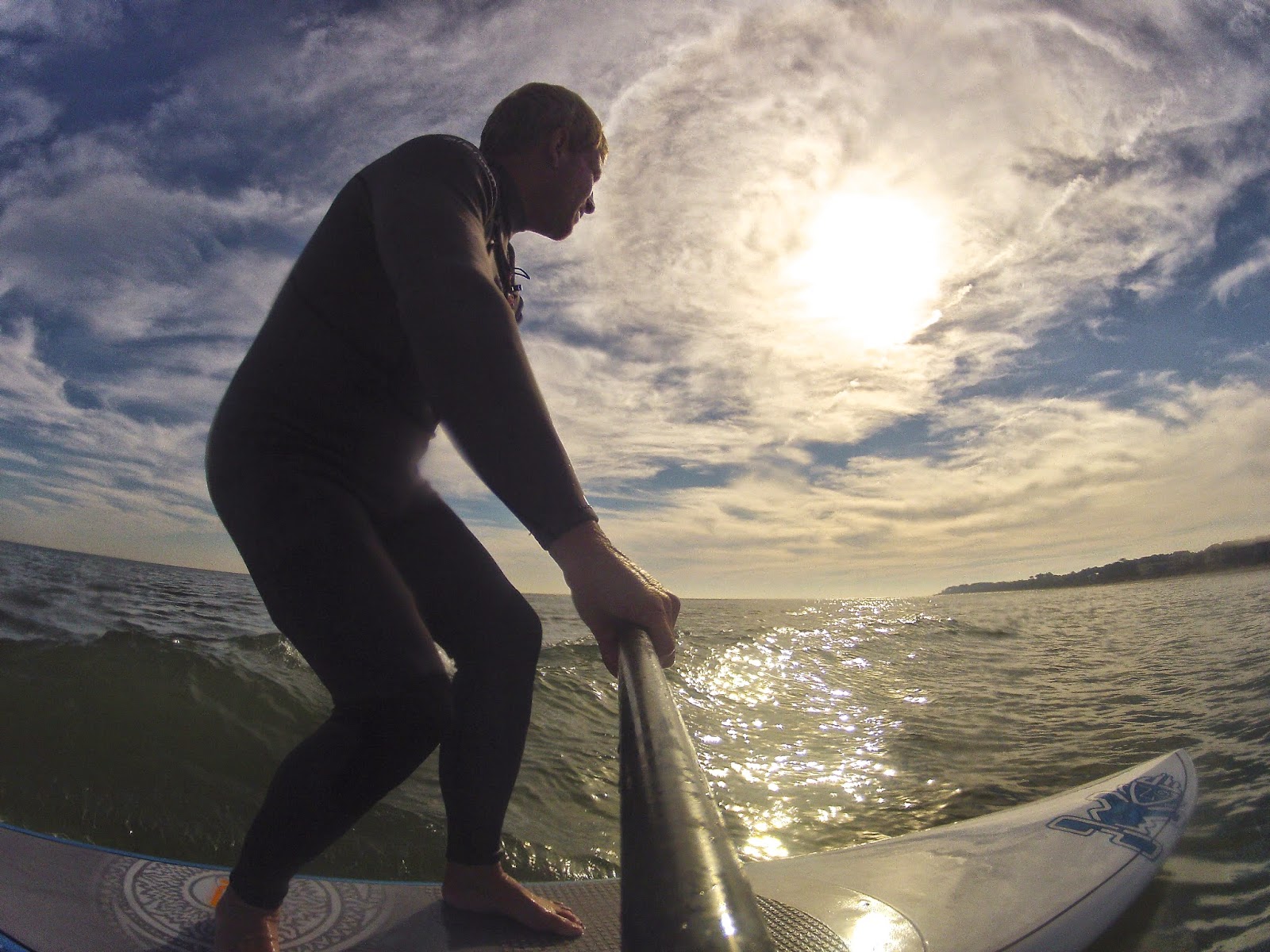 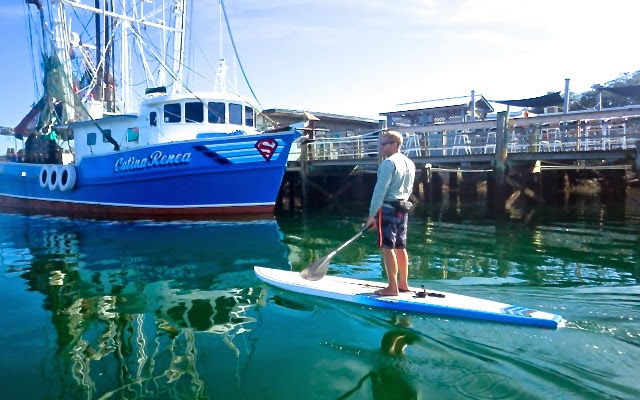 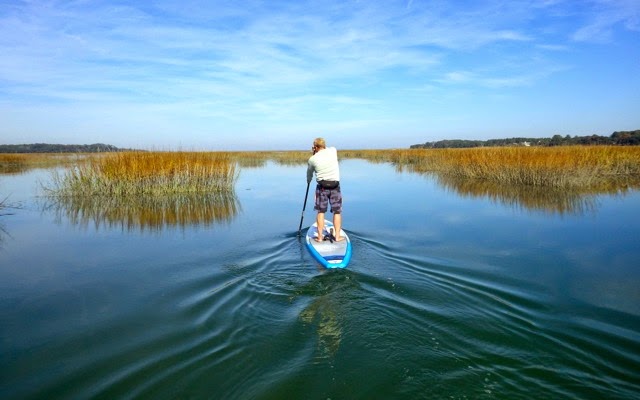 The nose entry with its  Double  chamfered V nose 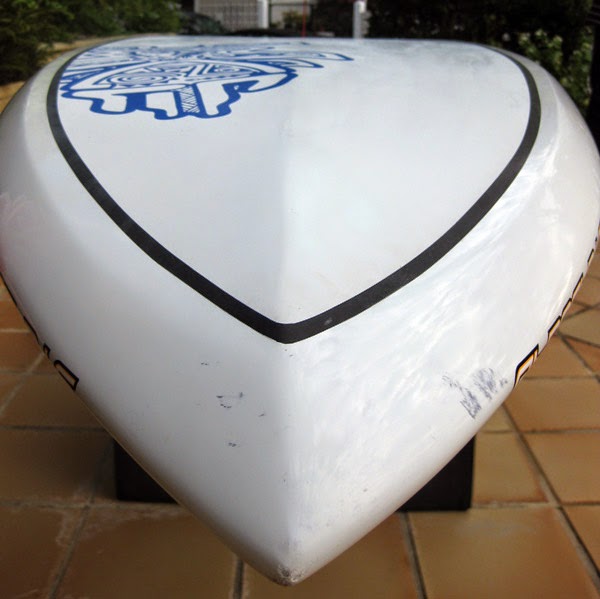 My Thoughts.
I  have the 2014 model in Electric Blue.   The 15' models have newer color scheme and are offered in three other constructions.. Go to Starboard website below for more details..
Full EVA deck pad with diamond grove in standing area and smooth crocadile on rear of deck with the star touch up on the nose. Plenty grippy under the feet.   The soft insert anatomic lift handle makes for easy transportation. The fin is Starboard's race 23 fin in red Honeycomb construction.
Its a great touring board , glides great in the glassy conditions. Effortless while moving on the water. Not so nose piercing but a gentle slap of water on the nose V. The boards was amazingly stable at the 30'' wide version. A slight side to side movement when you apply the rail getting more rail on the water for tracking.. The bottom has a continuos concave from the front middle through the tail. The nose has some rocker with a chamfered double concave for water deflection which would be great for downwinders and getting over swells and water wash..Was easy to get thru boat wakes  and the short choppy  prop wash..The wide high tail would catch any wind swell giving plenty of push. The bottom has sharp edges into the slightly rolled boxy thick rails. This keeps you high and dry on the deck. Which is kew in the cooler /cold water climates  keeping feet dry..Its a great platform to fish off of and plenty wide to support your gear and tackle.  Having the durable tough construction prevents  against bumps,bruises and soft dings and the outer rail paint deflects the always paddle hits ..My only draw back would be inserts on the deck to strap gear down . There is a windsurf insert on my Electric Blue model for those who want to explore that option.

In the surf there was plenty float with the nose lift and "V" shape which made it easy to plow thru the small knee high waves. Setting up for the waves was easy too. A very sable board to do power kick turns, (heal side and toe side)  Recovering from those  turns setting up was simple. Getting paddling momentum to glide into the wave was easy to maneuver  as you get lifted up moving across the wave. Getting the foot placement and where to be took a few waves but once I figured it out the board as able to track across the face. Being on the tail was key but once gliding and when the rail was set, you can move about. The kicked up nose and V made sure you didn't purl. The boxy rails didn't really hold the wave or pocket but for gliding on the small waves its just fine. . I covered 40 -50 yard sections on the small tiny waves. Boat wakes have potential now..

Overall I like the board.. I have the Electric Blue construction .I'm sure the Brushed Carbon would be lighter and a bit easier and the wood would give it that classic look.., but for my use its a great board. Thumbs up for sure..I like the fact its only 12'-2'' so its not in the 12-6 race class and can be raced in the all-round/ recreation race categories.
For those who would like to try it . you know how to K.I.T with me  and we'll get out there..