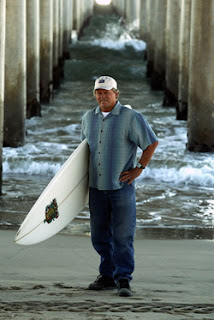 Sean Collins founded Surfline.com of Huntington Beach, a forecasting service that is widely used by surfers in San Diego Count to Orange County and now'' world wide web '' predicting surf and forecasting around the world. Collins and his Surfline, is regarded by many as the world's best wave forecaster where every wave seeker today, utilizes his forecast models and predictions so we can know when and where the waves will be.

''Gone were the days of waking up early from the last nights sleepless night ,driving down to the beach for a dawn patrol with your buddies in anticipation with bottled up energy, with visions of perfect surf, talking story of past sessions creating surf stoked memories making every surf check a journey just getting to the surf was an adventure.. Some days scoring, some days getting skunked..Now today, we check the phone app or laptop from bed telling us where and when to be at the beach taking away the days of old surf stoke.. Don't get me wrong I too depend on Surfline but I do have great memories of old when there was no surf reports and having to get your ass to the beach to look at waves just to go surfing., remember no cell phones either. I am forever thankful for Sean's forecasting allowing me to share with all of you. All I ask is next time you catch waves, ride one for him , because with out Sean creating Surfline you wouldn't be on it.... '' He allowed us all catch more waves. 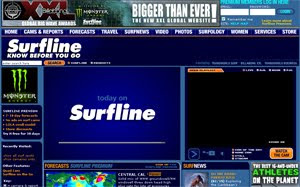