With the NE winds blowing 15-20 knots and the Low off our coast the surf was choppy. We ( Jesse and I) decided to hit the Southern tip if the island near Tower Beach where the winds were offshore and currents strong. Smaller waist high waves were breaking. Challenging session but fun. Steep take offs and thumping shore break but rewarding. I took a few on the head.
But STOKED..
Jesse had the GoPro those shots below ... 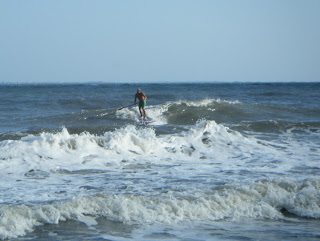 Little barrel with Daufuskie in the background 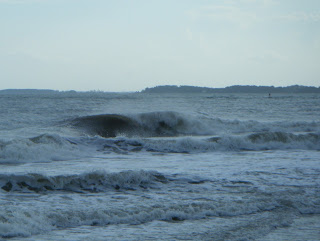 looking for the rebound 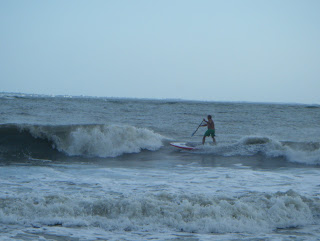 Jesse on a left 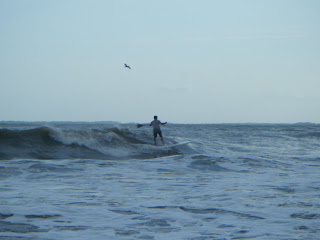 Over the top with Tybee Island Ga. back there 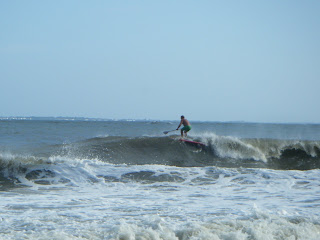 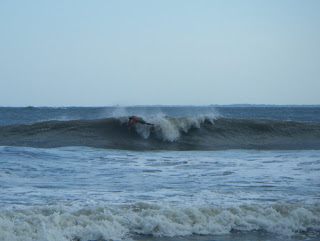 Stroking in with Tybee Isle in the background 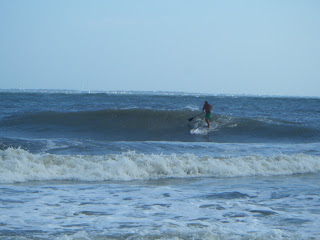 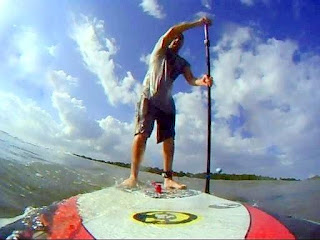 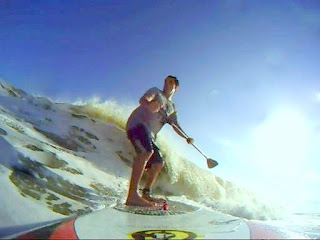