We had some fun little waves again. I think it was a little better than Tuesday and the waves were lined up. Jamie, Scott, Tim Santini and I had so much fun sharing the waves on the SUPs
Tim, his first time on the SUP riding my 10'-3'' PSH caught a few waves today and became pretty stable on the board.. Made some good drops but found it tough to turn the stand up board. He did awesome for his first session.. What really made my session today was Tim's ear to ear smile paddling back out after his first 10 second ride on the SUP. ''Another hooked soul.''. Scott caught a lot of waves getting better every paddle out and Jamie was getting the Sub Vector wired putting the board where he wants to. . I had a lot of waves to my self early so I decided to take some pics and share the love and passion of Stand Up with you all. Thanks guys for the memorable day..

Sharing the Love with you all.. 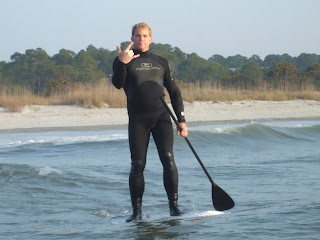 Scott down the beach getting his share of the prize. 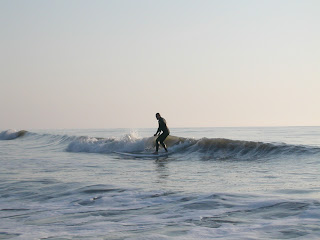 Jamie zooming' down the line 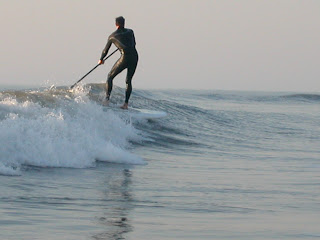 Sunrise lines Jamie setting it up for.... 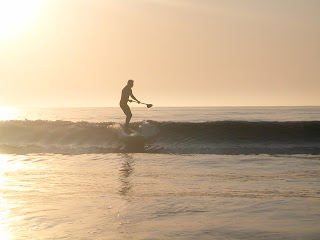 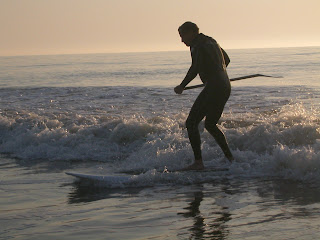 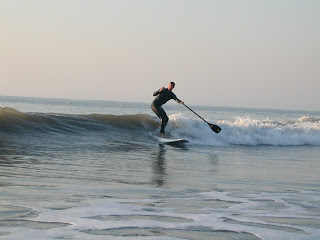 Scott gettin' another. Now its time to use the paddle to maneuver more.. 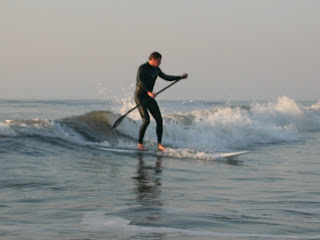 Tim Santini on his first wave, just before it shuts down. 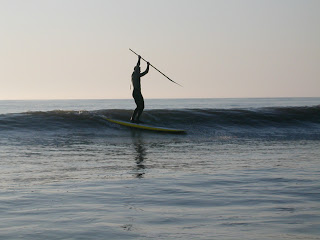 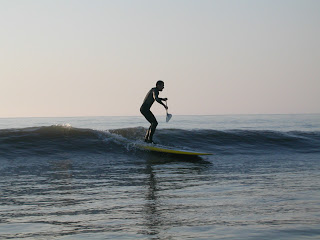 Scott way down by the Folly on a lined up right 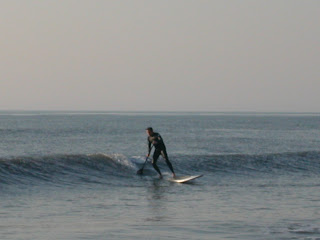 Yesterday, Karen and I paddled Pickney Island again. The tide was low so we paddled around Mackey's Creek, passed Moss Creek around the Back Islands of Pickney and back to the bridge. A good 4-5 mile paddle. We watched the traffic back up on the bridge. At one moment I wondered what those drivers sitting in their cars stuck in traffic were thinking as we were experiencing nature's beauty. I was glad to be were I was. On the water sharing the day with Karen. 143... 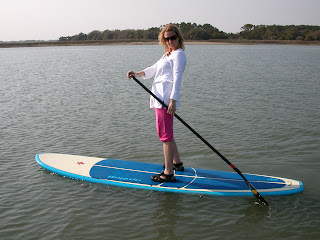